Each episode of DEATH ROW STORIES will unravel a different capital murder case that has twists and turns worthy of a crime thriller.  All of these stories are true and call into question the myriad beliefs about the death penalty and the American justice system.  Academy-Award winner Susan Sarandon narrates the series.

We will invite students and professionals alike to watch the premiere episode of the series digitally two days before the event and then participate in the hangout.  In this special conversation, CNN’s Ashleigh Banfield will be joined by Executive Producers Alex Gibney and Brad Hebert, Professor John Blume (Cornell University Law School) and Professor Robert Blecker (New York Law School).

RSVP to drs.rsvp@turner.com in order to receive the digital screener and sign up for the hangout. Be sure to also share your questions for the participants here in the comments or tweet them with #deathrowstories or #cnnhangout .

And be sure to tune in for the premiere of DEATH ROW STORIES on March 9 at 9 p.m. ET on CNN. 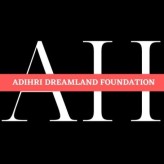 CNN 10: Visionary Women -- What's the future of women at work?